The beginning of term saw a change in branding for the Association with a new logo!

The 17th to the 22nd of September saw the launch of our Alternative Freshers Week which included Games Night, Bowling, Shisha, and a dinner.  Photos can be seen here.

Photos can be seen here.

Campaigning against racism on Campus

BEMA has been playing an active role in promoting zero-tolerance to all forms of racism this year, and will continue to do so next term.

The Great Debate @ University of Birmingham

On November 15th, we hosted the Great Debate at the University of Birmingham which included a panel discussion looking at issues surrounding employment, discrimination, crime, education and much more!

Photos can be seen here.

At the end of the term, we launched our monthly Bollywood Film Nights with a screening of Kabhi Khushi Kabhie Gham.  The next film screening, decided by popular vote, will be Kuch Kuch Hota Hai.

This year also saw the launch of our new BEMA Rep scheme in which we have recruited 9 wonderful BEMA Reps!

Our Guild Councillor, Azfar Shafi, has been attending Guild Council on behalf of BEMA this year which has so far seen three key changes to Liberation Associations:

What to expect next term?

Here’s how I voted on behalf of BEMA at the Guild Council held on 6th December.

As you can see, many motions were starred (*) by attendees at Council to open them up for discussion, but after all other procedure was conducted very little time was left for motions, and very little were voted upon.

So, all the starred motions left undebated here will be deferred to an ‘Emergency Guild Council’ (EGC) to be held early next term, before the regular January Guild Council.

END_OF_DOCUMENT_TOKEN_TO_BE_REPLACED

On Tuesday 4th of December, the University of Birmingham Students for Justice in Palestine society (SJP) was de-recognised by the Guild of Students.

The reasons given by the Guild of Students for de-recognition were the following:

– Student Development were not formally informed by the society of their EGM (electing a new committee) that took place last week.
– Certain forms were not completed on time by the society.
– The society was on probation due to circumstances occurring two committees ago.

As a result, we believe that de-recognition of the society is a disproportionate and unnecessary punishment for the reasons given by the Guild of Students.

BEMA continues to support student volunteers that wish to aid the oppressed people of Palestine and urge the Guild to overturn the decision as soon as possible, or (failing that)  in the first Guild Council meeting of next year. 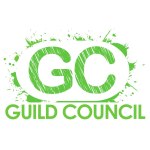 Hey, below is a summary of the motions up for discussion at Guild Council, and how I intend to vote on them as BEMA’s representative.

Let me know if you have any input or objections to either motions or intention.

Guild Council starts at 6pm and is open to any student

it will also be streamed live (a link should be available from www.redbrick.me).